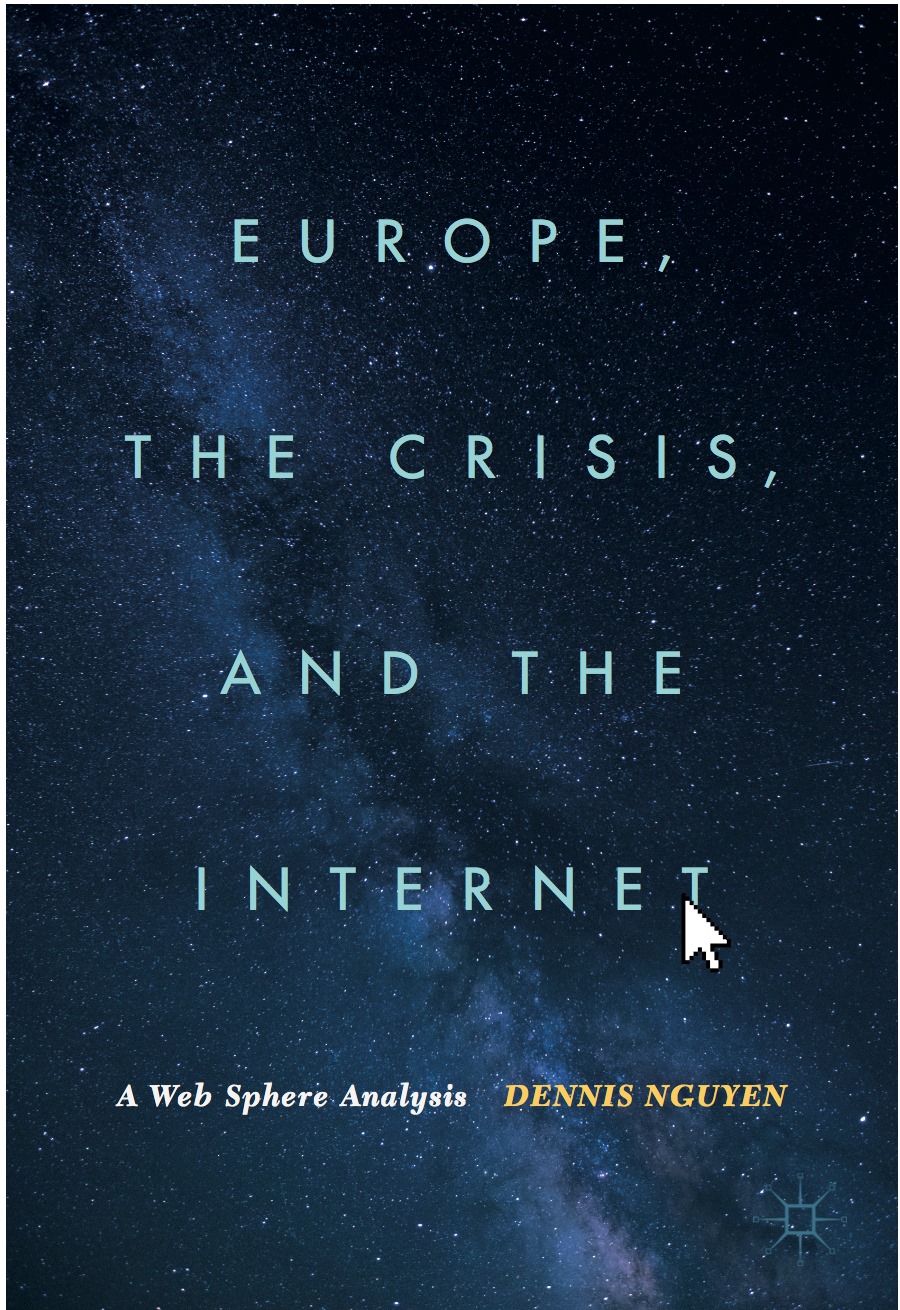 Finally, the printed version of my first monograph about Europe, the Crisis, and the Internet is available via Palgrave MacMillan! It is based on my PhD research, which I conducted at the University of Hull between 2011-2015.

This book provides a detailed analysis of the transnational web sphere that emerged at the height of the Eurozone crisis between 2011 and 2013. During these turbulent years, a diverse spectrum of professional communicators from the media and political sectors as well as from opinionated individuals on blogs and social media discussed, and thus framed, the crisis in the digital public sphere. The analysis focuses on the various fields of contestation of the crisis that became detectable in the transnational online discourse and shows how conflict and fragmentation shaped political communication in this context. Nguyen concludes that there was not a single crisis but a chain of intersecting and profound political and cultural conflicts triggered by the economic upheavals, which led to the emergence of an extremely dynamic and unstable transnational digital public sphere, where different political and cultural viewpoints collided.

Soon, I will create a section where readers can download all graphs in higher resolution.

Thanks again to all people who supported this project!